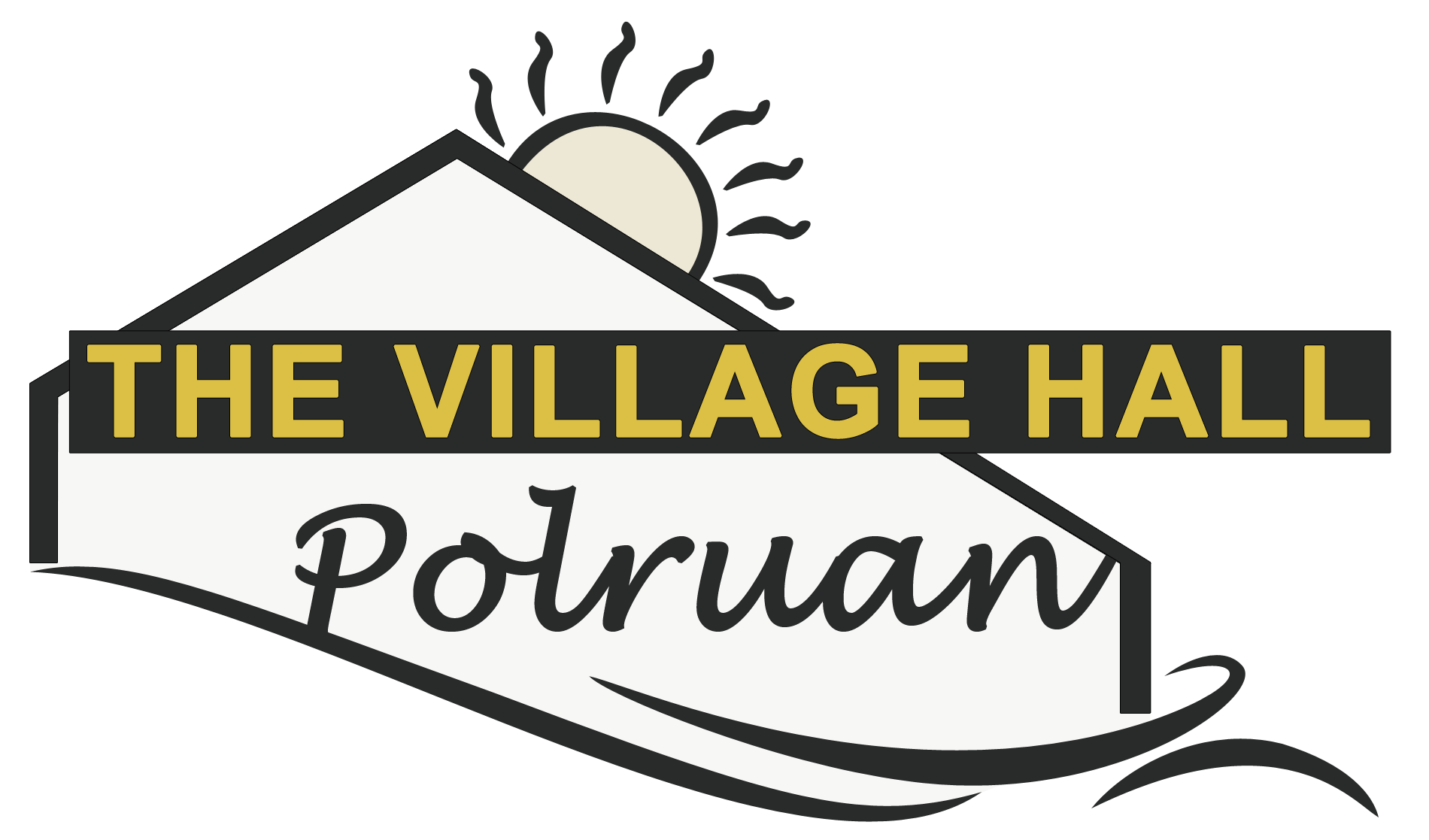 A Village Hall for the community

The trust property of the Village Hall was established as a charity for the use of all the inhabitants of Lanteglos Parish, without distinction of political, religious or other sensibilities. For the provision of meetings, lectures, classes and other forms of recreational and leisure time activities, with the objectives of benefiting and improving the lifestyles of all inhabitants of the Parish.

The charity is administered in line with the provisions of the deed of transfer by an elected Management Committee and operates with the support of volunteers.

The Village Hall is over 100 years old and first opened in 1912 as the Constitution Hall. In 1980 the building was purchased by the Residents of Polruan to use as their Village Hall.

Set into the hillside the Hall has magnificent views across the Fowey Estuary, all of which can be enjoyed from the full length external balcony, path and grassed recreational and seating area.

Over the past 3 years the Hall has been extensively refurbished and upgraded. It provides a wonderful venue for Parties, Fairs, Wedding Receptions, Live Music, Theatre Productions and other similar events.

Inside, the walls and roof have been fully insulated, the wooden floor fully refurbished, and disabled toilet and baby changing facilities added. A new air-sourced heating and air-conditioning system along with upgraded electrical systems with dimmable lighting have been installed.

Outside, a substantial Solar PV Array with a battery storage facility has been installed ensuring lower electricity costs for all Village Hall Users. All the external windows, doors, and Fire Exits have been replaced with more efficient Georgian Bar double-glazing. The entrance foyer has been rebuilt and the approach driveway to the Hall has been renewed to provide good disabled access.

Further planned enhancements will continue to improve the Hall for all Users.

A Village to enjoy

Polruan (Cornish – Porthruwan) is a ancient mariner and shipbuilding community just across the estuary from Fowey and in the heart of Daphne Du Maurier country. It is nestled into the hillside and bounded on three sides by water: Pont Creek to the north, the River Fowey to the west and the English Channel to the south.

Polruan village is a maze of narrow streets that meander between the cottages. A tranquil holiday destination, with a breathtaking backdrop which is a haven for artists, sailors, ramblers and holiday-makers. Polruan village retains its unspoilt charm and is a much loved and welcoming community.

From pirates to writers, centuries of secrets to discover

The origins of the Town Trust date back to the 1600’s. They administer land at Vevery, St Saviours Hill and Car Park, the Bound, the Blockhouse, the Wharf, the Quay, the Winkle Picker Shop, and the Doctor’s Surgery. They also own and maintain the Reading Room which was opened in 1857 for the benefit of the Community of Polruan.

The Polruan Blockhouse is one of the most complete examples of a Chain Tower in the Country.

It was built in 1380 to prevent attacks on the port by French, Dutch and Spanish Fleets.
The chain, with its 16 inch links, was removed in c1405 on the orders of King Henry IV due to the, “behaviour of local pirates” of which the names Michaelstow and Treffry were well known.

During the English Civil War (1642 – 1651), Royalists used the Blockhouse to control the entrance to the harbour. It was last used on July 16th 1666 in conjunction with St Catherine’s Castle in Fowey to keep out two attacking Dutch man-of-war.

After several centuries of disrepair the Blockhouse was restored in 1897. Today it has an internal walkway that allows greater access for the elderly and disabled, with a new set of external granite steps fitted by the Polruan Town Trust in 2011.

The Fowey Blockhouse remains unrepaired and can be seen across the estuary.

A leaflet detailing the history of the Blockhouse is available from the Winkle Picker Shop on the Quay in Polruan.

At the top of St Saviours Hill are the ruins of the Chapel. This protected site is a scheduled ancient monument, believed to date back to the 8th century.

The ruins can be seen from far out at sea. Early records show that the Chapel had a set of two bells, which could be rung for both ecclesiastical and warning purposes. It’s probable that there was a graveyard attached to it.

In 1488 Sir Richard Edgcumbe enlarged the Chapel. This was to give thanks for the safe return of his fleet of four Polruan Boatyard built ships and 500 local men whom survived a terrible storm in the Irish Sea following his meetings in Ireland with the Irish Earls to administer the Oath of Allegiance to King Henry VII.

Following the Reformation the Chapel had fallen into disrepair. In 1572, despite the refusal of the people of Polruan to co-operate, the bells were removed by the Sheriff of Cornwall (1572 and 1578), Sir William Mohun of Hall House, Bodinnick. His family are closely related to the Church of St Wyllow in Lanteglos.

A leaflet detailing the history of the Chapel is available from the Winkle Picker Shop on the Quay in Polruan.

Below the cliff of St Saviours Point, at the tip of the mouth of the Fowey River, there is a group of large rocks. The largest of these rocks has a tall wooden cross standing on it. This is known as Punche’s Cross and records of a cross being there dates back as far as 1525.

There are two legends about Punches Cross.
The first is that Jesus, when he was a boy, came to this country with his uncle, Joseph of Arimethea, and they landed at Punches Cross before journeying to Glastonbury (although it was more probable they were looking for tin deposits).
The second legend is that Pontius Pilate landed here and over the years, Pontius became Punches. There is a local carol about these legends, called the ‘Jack Scott Carol’, written and with music by Leonard Pearcey, who also lived in Polruan.

Just outside the Village, by the slipway at Bodinnick, is the house called Ferryside that was bought by the Du Maurier family as a holiday home in 1927.

It was here that Daphne du Maurier wrote her first novel, The Loving Spirit, which is based on real events and people around the Slade boatyard in Polruan. The Slade family become the Coombe family and Polruan becomes Plyn. The novel ends happily with Jennifer’s marriage at Lanoc Church, which Daphne based on the Church of St Wyllow in Lanteglos, the same church where Daphne herself married in 1932.

It’s believed the Church dates back to the 6th century. Legend has it that St Wyllow was a local hermit who was beheaded and carried his own head to the site where the church was then built.